South Dakota State University (SDSU) graduates are driven to achieve ambitious goals and leave their mark on SDSU, their communities, and the world—because Jackrabbits have bold dreams.

So proclaims the university website, and growing that Jackrabbit tradition of excellence is what inspires the work of the SDSU Foundation.

In April 2016, SDSU welcomed its 20th president, Barry H. Dunn, who laid out ambitious plans and initiatives for the university, including increased access to higher education for Native American students and increased growth in research efforts. As Steve Erpenbach ‘85, Foundation president and CEO, explained, with energized leadership and a strategic plan as a road map, the time was right for the next campaign.

The Foundation publicly announced the university’s third comprehensive campaign titled Bold & Blue, which aims to raise $500 million, nearly twice the amount raised in its last campaign. While the previous campaign had primarily raised support for capital projects, the Bold & Blue campaign is a people-centered campaign focused on investments in four overarching categories aimed to elevate every corner of the university: people, places, traditions, and innovations. Since early 2017, the Foundation has been building momentum toward the announcement of this most ambitious and extraordinary campaign in the history of the state of South Dakota. The campaign is about more than the dollar goal; it’s about celebrating the impact that philanthropy has had on one of the Midwest’s most remarkable universities. It’s about cultivating that next generation of Jackrabbit philanthropists while ensuring that the generations that preceded them have their legacies entrenched and celebrated. It is about ensuring that none of the momentum that has been generated in the years leading up to this moment are lost following the campaign’s successful conclusion.

“Our collaboration with BWF meant that we were able to implement Microsoft Power BI to provide dashboards and data visualization tools to help monitor progress and areas for improvement related to our organizational goals. Our BWF partners’ expertise allowed us to significantly accelerate the timing of the implementation of our business intelligence efforts, making sure they will be impactful during this comprehensive campaign and will sustain the momentum beyond as well.” —Arian Bunde, Vice President for Strategy and Innovation

This partnership helped SDSU become more data driven, have clearer insights into its operations, have the ability to make strategic decisions and make them faster, and have a better way to validate its strategy, thereby saving both time and resources.

Find out how BWF can partner with your organization for future success. 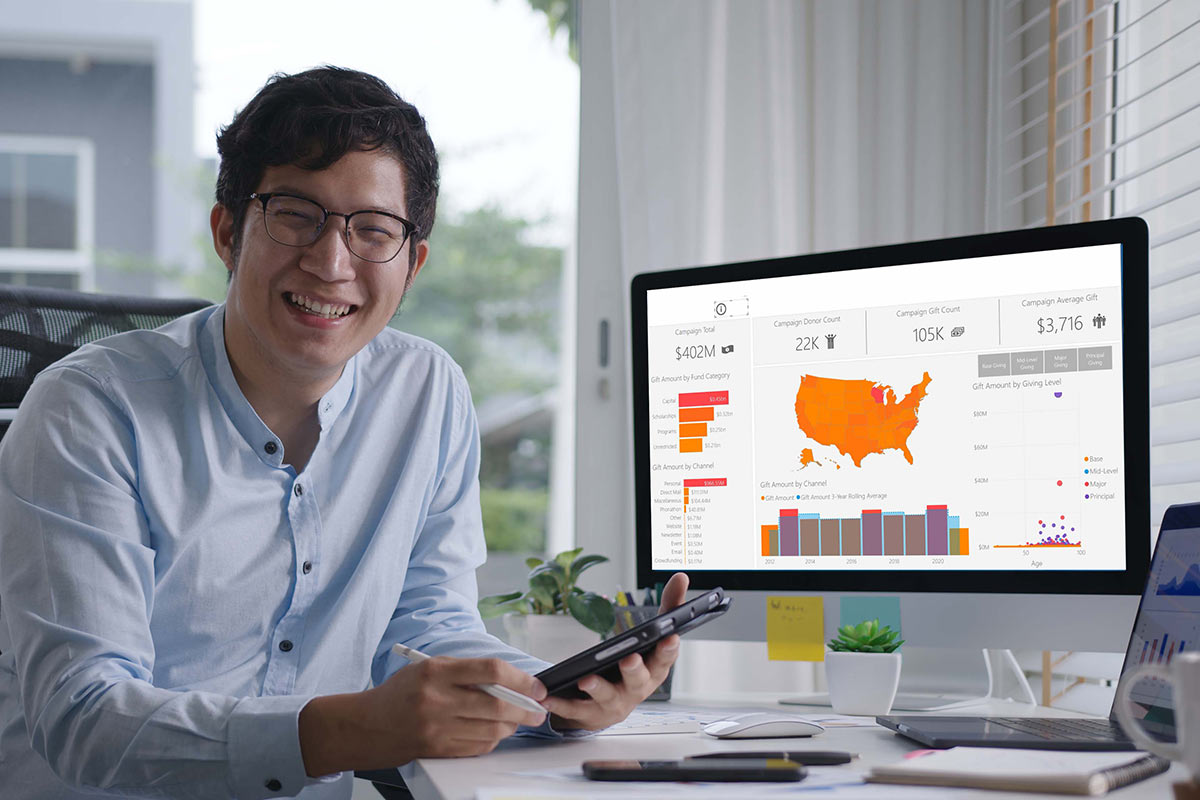 Clearing the Way for Actionable Data

Dashboards are the proverbial tip of the iceberg for communicating actionable data. Below the surface is where the bulk of BI work takes place and is also where the majority of obstacles occur that can stop successful business intelligence implementation in its tracks. This article reviews some of the most common obstacles an organization may run into and how to clear the way for actionable data. Incentive Pay in a Campaign: Pros, Cons, and Things to Consider

With more organizations than ever before considering campaigns, and with the “Great Resignation” creating a talent crunch across all areas of advancement, many leaders are considering campaign bonuses as a strategy to retain top performers. At BWF, we work to ensure you’re well positioned for fundraising success, and that includes how best to motivate and retain your fundraising team.